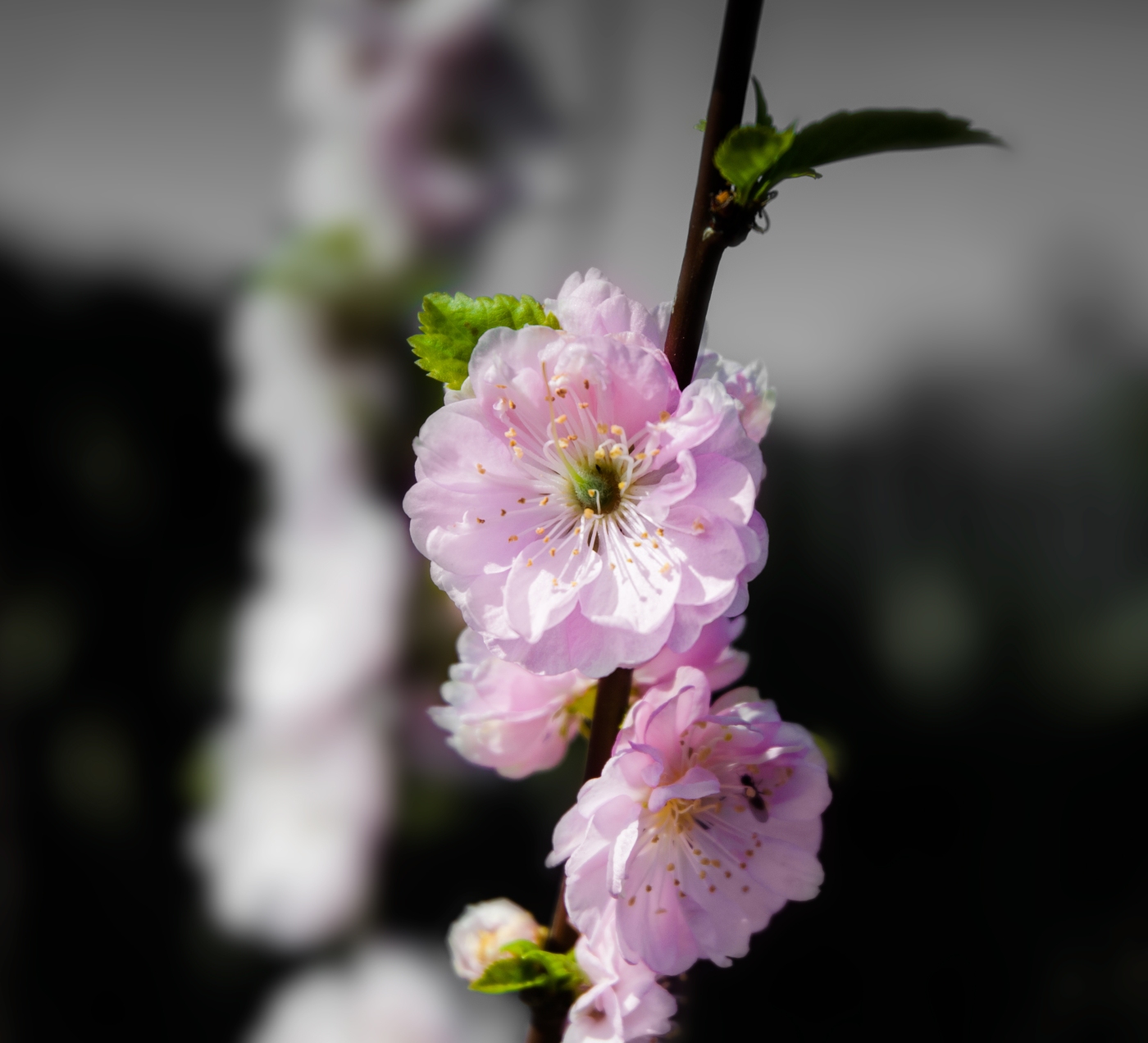 Every year around May, the cherry blossoms bloom. For a few short weeks of the year, their trees erupt into a cornucopia of pink blossoms. Then, just as quickly as they appear, they drift off in the wind, and not for another year will their wonderful, splendour be seen again.

What makes these trees so beautiful? Is it just the colour and sight of the blossom or is is it maybe also the fleeting, ephemeral nature of them. In a world where everything is in a constant state of flux, where time pulls us endlessly forward but never backward it is only natural that the beauty of such things is enhanced by their brief life.

The image at the top of the page showing cherry blossom was taken by Michael Barnes and if you want to see more of his stuff click here. I guess the cherry blossoms are so ephemeral that I can’t even get a good shot of them.

What, you may ask, has this got to with photography? Well, photography captures scenes, images, moments and allows you to view them long after they have gone. These fleeting moments are now held indefinitely for anyone to see.

On one hand you can argue that you are capturing these scenes to allow others to see them where this would not otherwise be possible. And that is something I completely agree with. Moreover, photographs can have a thousand and one practical purposes such as storing and presenting all kinds of information.

However, could it not also be argued that by preserving these objects and scenes we somehow rob them of their beauty by impinging on their ephemerality. You can now look at this scene over and over again, yet it has long gone and is never to return. I appreciate that viewing a photograph can never compare with the reality of actually seeing something but that doesn’t necessarily mean that it doesn’t effect how we remember or perceive something.

I don’t particularly like viewing old photographs and would rather remember things as I visualise them in my memory. Too often, I look at an old photo and it doesn’t correlate to how my brain has processed and stored it. I feel let down, almost cheated by this.

Rather, I like to see photographs as pieces of art, beautiful in and of themselves. I don’t really want to view photos to jog my memory, I just want them to be individual objects of beauty. To me, in a photograph, the subject matter is of lesser importance. It’s the composition, the interplay of lights and darks, the interaction of the various colours which create the beauty. So when I view a photo of cherry blossoms for instance, I don’t really want to focus on the subject matter too much as I know that it is a poor replica of reality and I know that by doing so I somehow rob these flowers of their ephemeral beauty.

And it is not just things which have a temporary life of only a few days. Below is the beautiful Eilean Donan Castle, one of the most photographed buildings in Scotland. It has stood for hundreds of years and will probably stand for hundreds more but over time, like everything else, it will crumble and disappear. 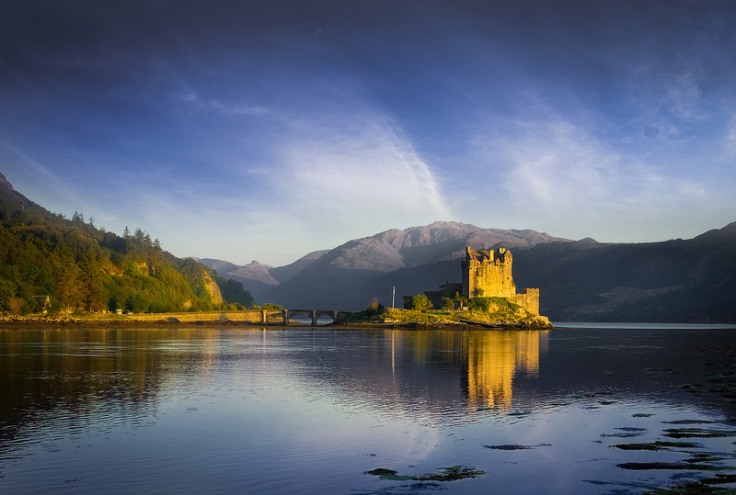 What will remain is a legacy of millions of photos of it. Not one of these photos will ever be able to capture the feeling of seeing it in person, whether that be positive or negative. Many of these photos are and will be beautiful in and of themselves, many will not. What is certain is that they will capture every last detail of this building. It’s legacy is not to fade away like a beautiful, fleeting memory but for every last stone to be remembered in detail. And is this really a good thing?

Consider Billy the Kid (bit of divergence I know) I believe there is only one confirmed photograph of him (below), and only few more which claim to be of him.

Around him was built a legend of a wild and free outlaw. We actually don’t know too much about him or what he really did, and there are practically no photographic records, so we create worlds of wonder around him. We can imagine all kinds of scenarios that he lived in his life, and obviously because he is long gone that is all we have. Would it really be better if we had a detailed photographic record of his life like we do now for people? Could we create these wondrous fantasies? No, we couldn’t. We would probably see the mundanity of his life and the illusion would be shattered. His legend, and the wonder that comes with it, exists not only through his ephemerality, but also because much of his life wasn’t recorded.

We Photograph Too Much?

With the relentless march of technology, the ability to capture and share photographs has never been easier or more accessible. People live on their mobile phones and are snapping away with the built in cameras like there is no tomorrow. Instagram has somewhere around 35,000,000,000 photos on it and Facebook has about 250,000,000,000, and this is only two mediums which allow you to share photos, there are many, many more out there. All these scenes and moments are being captured and stored whereas in the past they would have only existed as memories, memories that would fade like the ephemeral cherry blossom. And with these memories comes wonder and awe that can never be replicated, and arguably only diminished, through a photograph.

Photographs can be significant in so many ways. They can be object of beauty which can be a pleasure for other to view, so share away in my opinion. They can also have more practical purposes such as identification, data storage etc. Fair enough. Photos can provide entertainment to others which again is great.

They can also have a very special personal meaning to you. That is wonderful but why are they getting shared left, right and centre across the public internet. If a photograph only has special meaning to you, or to a few others, why are you sharing them with umpteen other people. I know I don’t want to see this.

Another breed of photograph which also seems to be clogging up the internet is the narcissistic kind. People promoting a distorted image of themselves because their insecurities tear them asunder. It’s sad to see this but understandable in the world we live in. People would argue that this does have some practical purpose as it helps to alleviate their insecurities and make people look favourably on them. But in reality it doesn’t do that and probably has the opposite effect. This is something I will talk about at more length in a later post but suffice to say I, and most people I know, really don’t want to see stuff like this.

Are there too many photographs out there? In my opinion, there are vastly too many photos with the majority having no intrinsic beauty and not serving any productive purpose. So maybe it’s time to put the camera’s down for a while. Let people see things for what they are in reality and let memories of these be created and fade away naturally because ephemerality truly is beautiful.