This will be a slightly different post looking at the issue of ownership of photographs.

I know this may sound like a silly question but it’s far more complicated than most imagine. Ownership or, if you prefer, ‘private property rights’ are something we all take as a given because we have been taught the concept from birth. But that’s all it is, it’s a concept, an idea, a notion in our heads reinforced by our legal system. It really doesn’t exist in the real world.

I know this sounds a bit crazy but let me take you through a few examples to try and illustrate this. Imagine you go into a shop and buy a pen. Legally, you would now be the owner of that pen. Now lets say you leave the pen lying on a table and somebody comes up and comments that they like said pen. In response, you reply that they can just have the pen and keep it. You have now transferred ownership of the pen to the other person eventhough nothing has changed in the real, physical world. The pen is still just lying on the table as it was. The only thing that has changed is the concept in our heads of who owns it.

Here is another example. Who owns the Moon? Does anyone own it? Does Neil Armstrong own because he was the first person to walk on it? Does the US Govt own it because Mr Armstrong worked for them when he walked on it? Perhaps aliens that landed there millions of years ago own it?….So who owns the moon? 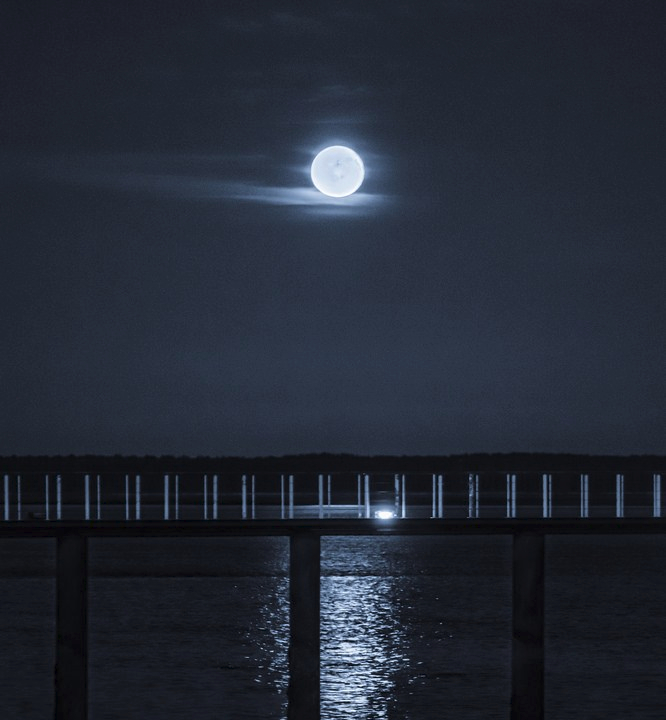 Nobody or anybody because ownership is just a notion in our minds. We could write a piece of legislation saying that someone owns it but at the end of the day, laws are nothing more than opinions written down. Opinions validated through force.

You could probably validly argue that if someone is using an item like a pen that they own it as they are currently using it but if another uses it can they still claim they own it. Likewise, you could easily argue that someone owns something if they can restrict access to it from others, such as locking a car and only they have the key. But at the end of the day ownership is just a concept reinforced by a legal construct. If you change the laws that govern ownership, you change the idea of ownership in our minds but nothing changes physically in the real world. The world is just a load of physically unconnected objects in a spatial environment.

This is a much discussed subject and quite complicated so I will leave it there just now but I hope I have managed to get the gist of the argument across.

Lets say you take a photo and then stick it on Flickr. Anyone viewing that photo technically (but not legally) has as much access to that photo as you do. Although they have access to that to photo, they are not ‘allowed’ to claim ownership because way back in the day, the lawmakers, dreamed up the concept of copyright. Hopefully, I was able to illustrate in the section above how ownership of a physical object is just notional. Well, leading on from this, the concept of copyright is just plain stupidity.

Copyright, in the case of photography, means that eventhough someone has full access to a copy of your image, they are not allowed to take it and do with it as they please. That would be classed as theft. Or to use the other idiotic term that has been coined ‘piracy’. Piracy to me is looting ships because that’s what pirates do. But now it means to copy something that you do not legally own. Ludicrous, emotive terminology designed to intimidate and scare.

Anyway, back on topic. The problem with piracy (not the kind involving boats and cutlasses) is that your are making a copy of the original and thus there is no loss of utility to the ‘owner’. E.g. if someone steals a physical object, they now benefit from the utility value of that object and the ‘owner’ does not.

In the case of piracy, there is no loss of utility to the owner. Both parties have full access and usage of the photo as a duplicate was made. However, because of copyright, the ‘owner’ of the photo legally has full access and usage rights but the pirate legally does not, eventhough in the real world he actually does. The only difference is the cops will arrest the pirate.

Do I own My Photographs?

Now, I am in no way advocating theft or piracy, I am merely trying to highlight the disjoint between the notional, legal concept and what exists in the real, physical world. Because of this, I have a slightly different view on my perceived ownership of my photographs. I believe that if someone can access my photos they can just take and use them. I don’t like the idea of threatening people with legal action if they don’t use it as I see fit. Why? 1) Because I don’t claim ownership of the photo in the first place, and 2) Because I have granted them full access to it by sharing it with them. I see threatening people with legal action over something like this as being cowardly, childish and really unnecessary.

Now, I appreciate why, in a capitalist world where money controls everything, these copyright laws exist and why people would choose to exercise them and I don’t mean to criticise them too heavily because of this. However, for me I don’t do photography for financial gain or even for adulation. It really is just for some deep, self satisfaction I do it, and I want to share these photographs as much as possible with as few barriers as possible.

As I have said, laws are just opinions, nothing more. But they are opinions backed up with a great deal of force so people follow them. Most people, including myself, want to live in a world of peace and harmony so we play the game and stick to the rules. As such, when sharing your photographs it’s worth having a rough idea of the different licences which can be applied to them.

This is the standard license which gets applied to most photos when they are uploaded. This gives the owner full control over the photo. So someone else can’t do squat with the photo other than view it. No copying and certainly no alteration without their consent. However, just because other people viewing the photo can’t take or use it doesn’t mean to say the site you are uploading to can’t either. If you are concerned about this, read the small print on the site you are uploading to because I believe sites such as Facebook can do anything they want with your photos without your consent.

This is a newish license which has appeared and allows people to share their photos more liberally. These licenses have many different layers which can applied. Here is a list of them below taken from their website: https://creativecommons.org/licenses/

This license lets others distribute, remix, tweak, and build upon your work, even commercially, as long as they credit you for the original creation. This is the most accommodating of licenses offered. Recommended for maximum dissemination and use of licensed materials.

This license lets others remix, tweak, and build upon your work even for commercial purposes, as long as they credit you and license their new creations under the identical terms. This license is often compared to “copyleft” free and open source software licenses. All new works based on yours will carry the same license, so any derivatives will also allow commercial use. This is the license used by Wikipedia, and is recommended for materials that would benefit from incorporating content from Wikipedia and similarly licensed projects.

This license allows for redistribution, commercial and non-commercial, as long as it is passed along unchanged and in whole, with credit to you.

This license lets others remix, tweak, and build upon your work non-commercially, and although their new works must also acknowledge you and be non-commercial, they don’t have to license their derivative works on the same terms.

This license lets others remix, tweak, and build upon your work non-commercially, as long as they credit you and license their new creations under the identical terms.

This license is the most restrictive of our six main licenses, only allowing others to download your works and share them with others as long as they credit you, but they can’t change them in any way or use them commercially.

I see these licenses as being a big step forward allowing more people to share and use the multitude of photos out there.

I have applied the second license to my photos. Attribution – Share Alike. This means I should be credited for taking the original snap and any derivations from that photo should not have a different license applied to it. However, for me this is just a preference and I would never hold anyone to it.

All Rights Reserved vs Creative Commons

Most people probably don’t realise anything about licenses on photos and happily just accept the default which is ‘All Rights Reserved’ However, I believe many also apply an ‘All Rights Reserved’ license due to some petty possessiveness. ‘It’s mine and your not having it’, like some brat that won’t share their toys. Also, if you are a commercial photographer and making a living from it you might apply this license to keep the cash rolling in. I dunno if I would like to be a commercial photographer, dependent on it to keep a roof over my head. Compromising my artistic desires for the whim of another just to accrue something as vulgar as money may just spoil photography for me. I wouldn’t make any money from it anyway as I would just give the photos away. If somebody wished to give me money in return that’s fine but I wouldn’t like to have to withhold these photos for money.

Creative Commons licenses puts a stamp on the photos which says to everyone that they can share and use the photos without my consent. And as you know, I like the idea of sharing rather than the idea of withholding. It’s open, friendly and, in light of what I have said previously about the concept of ownership, really just common sense.

Ok, time to wrap up this befuddled rant. My viewpoint is quite rare it seems. I don’t really buy into the concept of ownership and I don’t believe that usage of my photos should be restricted in any way. Most people will probably see this anti-commercial stand point as being naive but I see it as common sense. I am happy with this viewpoint and happy that my photos are being freely shared around to anyone who wants them.

It’s strange, when you were a kid you were always taught to share. But when you become an adult you are taught to be greedy and possessive and screw over your fellow man for you own material gain. “I want the job promotion, I want the bigger house and car, and nobody else is getting it, it’s mine!” When you take a step back it’s quite a bizarre and fucked up world we live in. Maybe it’s time we started acting like kids again, it can be very rewarding.

p.s. Sorry for the lack of photos in this post. I couldn’t think of anything to stick up other than a photo of the moon….who owns the moon again????

2 thoughts on “Copyright and Ownership”