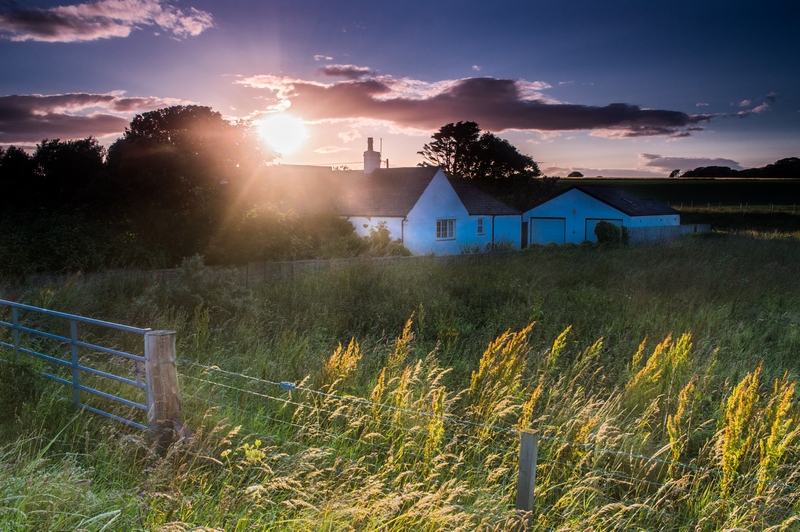 The Sun. The big fiery ball in the sky that gives birth to life on this planet. It also is the primary light source for most landscape photographers so understanding how the sun moves and illuminates is vital for anyone using it as a light source in photography.

Unlike other light sources used in photography such as strobes and flash guns, the sun cannot be moved around, it cannot be aimed in a certain direction and you can’t press a button to alter the intensity of the light it gives out. Granted, when shooting certain types of subjects, such as in a portrait shot, you can use diffusers and reflectors to alter the sun’s light on the subject but in a wide open landscape none of this is possible. You are really stuck with the lighting conditions you are given. However, the sun is never static in the sky, it is constantly moving and thankfully its movement is entirely predictable. The movements of the planets in our solar system are well understood and as such the position of the sun at a given time and place can be accurately predicted. There are now numerous resources available online which will show you the suns position. The app I use is called The Photographer’s Ephemeris and can be located at http://app.photoephemeris.com or downloaded at the app store. However, even without packages such as these, if you have a basic knowledge of how the sun moves all you need to know is the date, the time of day and where the compass points are and you can take a rough guess as to where the sun will be.

A Day in the Life

Just as it is straightforward to predict the suns location is it also simple to understand how the light we receive from the sun varies during the day. When the sun rises on the horizon it’s luminosity is lower than during the day and the light has a more yellow, orange colour to it. As the day progresses the sun rises in the sky. As it does, its luminosity increases, its light becomes harder and it turns to a more neutral, white colour. It peaks at noon and then it starts to return to the horizon with its luminosity dropping, it’s light becoming softer and its colour changing to a more yellow, orange again. It is this soft, orangey sunrise / sunset light that many photographers crave as the their light source. 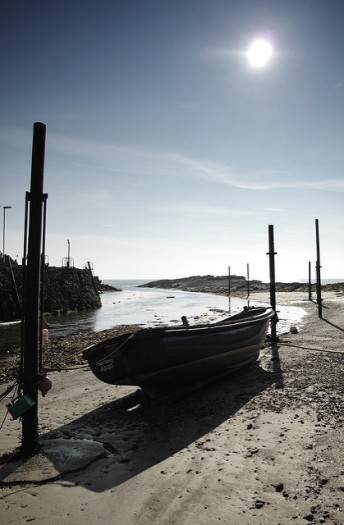 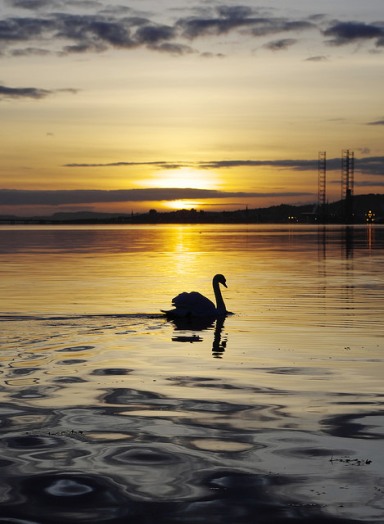 The soft, orangey light from the sun as it sets

What time’s the Best Time?

So why do many photographers prefer sunset / sunrise? As discussed above, at these times, the sun is low on the horizon so it casts long shadows giving depth and tactility to surfaces. It’s light is softer and less intense so it doesn’t produce harsh shadows and strong contrasts which helps to unify the general tonality across the image. Also, its light has an orange tint to it which helps unify the colours and lessen contrast between complimentary colours. All these things seem to help produce images that many find visually pleasing. However, it really is up to the preference of the individual what they find visually appealing. What is best for a photographer is to understand how the sun moves, how it’s light varies and the effect this has on a photograph. With this knowledge it is easier to craft your photographs to your artistic vision.

This has just been a very simple of overview of how the sun moves and illuminates but I hope it has been of some help. I will revisit the various aspects of the suns light and how it affects photography in much more depth at later dates.

3 thoughts on “The Sun – Predictably Uncontrollable”